Being a lesbian, gay, bisexual or trans* person can sometimes feel isolating, particularly if you are older, have a disability, or are a carer for someone else.

On this page we have gathered together details of just some of the organisations and groups which offer advice, support or the opportunity to meet others to local LGBT+ people,

Most groups are open to all LGBT+ people, but some are specifically for gay men, trans* people, or lesbian and gay women. If you're not sure what a group's policy is, it's best to check beforehand.

And you can go to our Events calendar to find out about all sorts of other activities going on locally, and social groups that cater to all interests are available on apps and online sites such as Meetup.

Pink Singers
Europe's longest-running LGBT+ choir, The Pink Singers is a mixed, four-part, community choir made up of over 80 lesbian, gay, bisexual and transgendered people from a diverse range of backgrounds, united by a passion for singing great choral music. It is open to everyone, regardless of sexual orientation or gender identity. Entry into the choir is by audition.

Many Voices
A "sing-for-fun" non-performing singing group for LGBTQI people and their friends. Lesbian, gay, bi, trans*, intersex, ace, queer and questioning people, and our allies, are welcome. They teach all the songs by ear, so there’s no need to be able to read music. They promise a warm and friendly welcome. No commitment required, no auditions, no performances, no pressure!

London Gay Men's Chorus
Open to gay and bisexual men, the London Gay Men's Chorus has been running since 1991 and plays concerts all over the world. It aims to entertain, educate and inspire through song while performing to a high technical standard. Entry into the choir is by audition but non-singing members can join at any time.

AGLOW London
AGLOW is the Association of Greater London Older Women. It is an inclusive group aimed at women over 55 that is open to straight, lesbian, bisexual and trans* women. Its members create and perform original drama productions based on their life experiences at conferences, festivals, workshops, forums, day centres, schools, and colleges.

Gay Outdoors Club
The London branch of the Gay Outdoors Club organises walks and outdoor activities in and around London. The group is open to gay men and women and their friends.

Hiking Dykes
Hiking Dykes is a friendly and informal lesbian outdoor walking group that walks in and around London.

London Romans FC
London Romans FC is a gay men's football club which believes in "football for all" equal opportunities and is open to players of all abilities, backgrounds and ages to come to train and play for fun while developing key football skills.

CycleOut London
CycleOut London is a cycling club for gay men and lesbians and their friends, running a year-round programme of rides and social events in London and the south east of England, as well as holidays elsewhere in the UK and Europe.

OutdoorLads is a friendly group of gay, bisexual and trans men who get together to enjoy adventures and activities. Our events are run by volunteers all over the UK and we also organise expeditions worldwide.

A social Meetup group for those in the LGBTQ+ community to meet up for cultural pursuits - high culture or low! Theatre, Concerts, Gigs, Musicals, Opera, Dance, Film, etc

London Queer Books Group
This is a Meetup book club that focuses on queer literature, from the trashy to the highbrow. They read long tomes, graphic novels, short stories and even non-fiction, whatever takes the fancy. The aim of the group is to celebrate non-normative gender and sexuality, bring queer culture to life, learn about queer history and make new friends. You don’t have to identify as anything to join this group.

West London Gay Bridge Club
A gay and lesbian bridge club that's open to everyone who has an interest in bridge, from beginners to experienced players. It meets on Monday evenings in a pub near Paddington.

Lesbian & Gay Real Ale Drinkers
LAGRAD is a group of lesbian and gay members of CAMRA (The Campaign for Real Ale) and organises regular social events in London.

KeshetUK works to ensure a world where no one has to choose between their LGBT+ and their Jewish identity.

Sarbat offers a platform for like-minded Sikhs from all walks of life and aims to promote the LGBT+ Sikh cause in a fair and courteous manner.

The Inclusive Mosque Initiative is dedicated to creating places of worship, particularly for marginalised communities, and the spiritual practice and promotion of inclusive Islamic principles.

Social support meetings and faith activity for Muslims who identify as LGBTQ and those who are questioning. If you wish to contact them please email them, or connect via Facebook or Twitter

Hidayah is a secular organisation, however its projects and activities are developed specifically for the needs of LGBTQI+ Muslims.

Kenric
Kenric is the longest established national social organisation for lesbians in the UK. It's open to any woman over 16 who identifies as lesbian. It organises social and cultural events locally and nationally.

London Bisexuals
A safe and friendly social environment for those who identify as bisexual or who have a bisexual partner. London Bisexuals is open people of all abilities, religions, sexualities, and genders and organises regular social events, pub meets, picnics, pub quizzes and parties.

London Friend
London Friend aims to support the health and mental well-being of the LGB&T community in and around London.

They offer counselling and support around issues such as same-sex relationships, sexual and gender identity and promoting personal growth and self-confidence.
They're also home to Antidote - the UK's only LGB&T drug and alcohol service.
Their social groups provide a safe space to meet and socialise as an alternative to the bar and club scene. 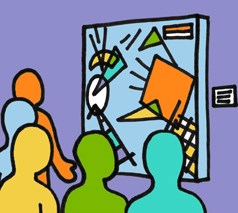