Although there is currently no cure for dementia, there are some treatments which can either help to slow down the effects of the disease or help to cope with the symptoms.

There are a number of different types of medication used in the treatment of dementia. Medication aims to reduce and manage symptoms that affect thinking, memory, mood and behaviour as well promoting independence.

Medication unfortunately will not cure dementia. It may only work for some people and for others it may only benefit for a short time period of 6-12 months.

To find out more about medication that is used to treat dementia and related conditions visit the NHS Website.

If you require information about the benefits and side effects of medicines and drugs used to treat dementia and related conditions, please visit the Patient.co.uk directory.

Psychological therapies are therapies that involve mental activities and talking. They are designed to help people cope with the symptoms of dementia rather than changing the course of the illness itself.

Behavioural therapy identifies triggers that cause certain behaviours and tries to tackle the triggers so that the behaviour will change.

For example if someone with dementia leaves the house and wanders around because they feel bored or restless, their carer might try to prevent this behaviour by giving them something stimulating to do to keep them occupied and relaxed. This can include anything from watching television or listening to their favourite music, to attending a day centre or getting plenty of exercise.

Cognitive stimulation involves doing different mental tasks to try to help with mental function. This could be puzzles or games involving memory, problem-solving or language, which can be done in groups. Sometimes this is combined with facts about the present environment to incorporate a therapy called reality orientation.....

Reality orientation aims to bring people with dementia back in to the present when they are confused. This can be done by reminding them of facts about themselves and the environment around them.

Although reality orientation is used a lot in some cases it may sometimes be better not to try to 'correct' a person with dementia. For instance if a person with dementia asks to see their late husband or wife, it might be more distressing to tell them the truth. This is known as validation therapy.

The NHS website provides information on the different options for treating dementia, whether with medication or psychological therapies.

The National Institute for Health and Care Excellence (NICE) provides guidance on recommended treatment options for all forms of dementia.

If you are concerned that you or someone you know are developing memory problems, or are feeling more confused, visit our Worried about your memory? page for advice on what to do.

Our Support for people with dementia page contains advice on the support available to enable someone with dementia to continue to live safely in their own home.

If you look after a relative or friend with dementia then you can go to our section on Looking after someone for more information on the help available to you. In particular you may find useful to look at the pages which summarise all of the main support for carers available in your local area.

And remember that you can request a carer's assessment from your local council.

The Admiral Nurses provide information, practical advice and emotional support for people who care for a relative or friend who has dementia

Other information and advice

Please see the Useful Contact information page for organisations and services that support people with experience of dementia.

Last updated: 07/07/2021
Previous Page What is dementia? Next Support for people with dementia 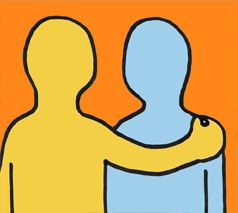