Bipolar disorder, also known as manic depression, is a mood disorder where a person's mood fluctuates between extremely low and extremely high. It occurs in around two to four per cent of the population.

There are different types of bipolar disorder, depending on what kinds of moods (or episodes) you have. Episodes can last weeks or months sometimes with "normal" moods in between each episode. Episodes can be classed as manic, hypomanic, depressive, or mixed.

A manic episode consists of an abnormally elevated (high) mood and is often accompanied by impulsive, reckless and sometimes dangerous behaviour. Someone experiencing mania will often have an inflated self-esteem, racing thoughts and ideas (which make them very talkative), and may not need as much sleep. People with mania will sometimes also feel very creative. Though it may feel good at first, a manic episode can become very scary for an individual with bipolar and the people around them. Their impulsive behaviour can put themselves and others at risk.

A depressive episode is similar to major depression and will often make the person feel like they have little self-worth and they will have a very low mood. They may also experience thoughts about self-harm or suicide.

If you, or someone you know is thinking about committing suicide, you can call Samaritans for help on tel 116 123 (Free number).

A mixed episode consists of a mix of manic (or hypomanic) symptoms and depressive symptoms. A person having a mixed episode may have a mixture of highs and lows at the same time.

How each episode feels, how long they last and the triggers that may set off an episode will vary from person to person, so dealing with bipolar disorder will vary for each individual. It is important when you have bipolar disorder to get to know your symptoms and triggers and to try and regulate your moods yourself through different activities, medications or routines.

If you have bipolar disorder or think you may have it, you should arrange to speak with your GP who will be able to advise you on how to manage your changes in moods. They might suggest medications or therapies aimed at teaching you more about the disorder and how to regulate your moods yourself.

People who are depressed are at a high risk of suicide. This risk is especially high for older adults, particularly men. As a carer, friend or family member you might notice some changes warning you of their plans:

If you or someone you know may be thinking of ending their life, you should get help immediately - see our section on Support in a Crisis for more details.

Please see the Other information and Advice page for organisations and services that support people with experience of mental health issues. 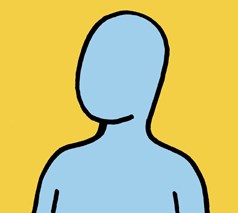